The following story was written by Gypsy’s owner Andrea, who found BHF online while searching for help for her cat. Like many caring owners, she would like to share Gypsy’s story in hopes of spreading awareness about feline heart disease.

“In November as colder weather was setting in, I prayed for an animal to be put in my path that I could help save. Little did I know what I was actually asking. No less than one day later, my prayer was answered. 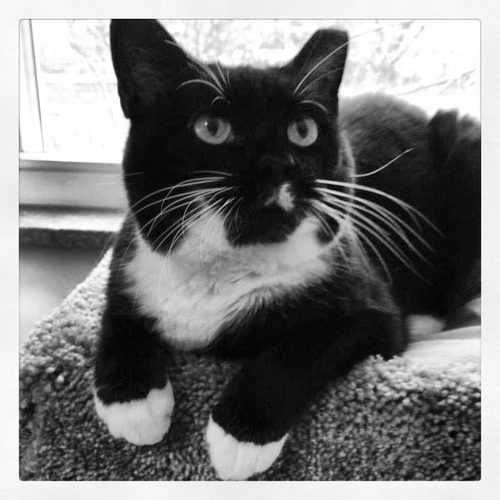 Driving home in the dark after dinner, I was passing a wooded area on a busy stretch of road when a little black bundle at the tree line caught my eye. I drove back by it three times because it was hard to tell if it was litter or a cat.

Pulling over to investigate, I found out it was definitely a cat. I slowly walked up to her, and she slowly started to walk toward the woods. I thought that was that and started to leave. As I did, I heard loud crying. I pulled out my iPhone and turned on the flashlight app. She was standing there staring at me and then hesitantly made her way back toward me. I started petting her and then just as easily picked her up and took her back to the car. 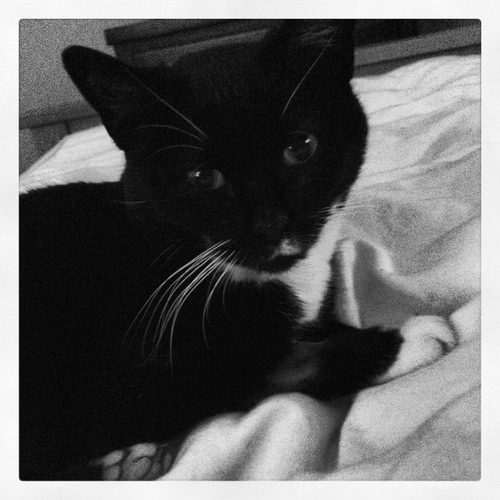 With my significant other, we spent the next few days looking for her owner – putting up flyers, sending out emails and posting to Facebook. With three rescue dogs and two rescue cats already living under our roof, we decided we’d need to find her a new home when her owner didn’t come forward.

Our search was brought to a grinding a halt when we discovered her Saturday afternoon in, what we found out later to be, congestive heart failure. We couldn’t believe it. We had just found her on Monday, and she seemed so young, healthy, loving and energetic. 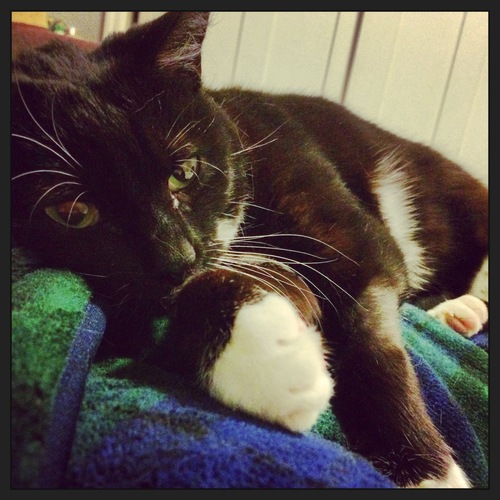 Late that night the ER vet talked to us about euthanization. We couldn’t do it. If she had more life to live, we decided we’d give it to her. It’s been a financial strain – she has gone into congestive heart failure four times since then. She bounces right back every time and is living a quality life today. We’re hopeful that we’ve found a good balance in her medication, and that she’ll have many months more to live.

Our time with her has been incredibly rewarding even though we’ve given much more money than we thought we ever could, and in three short months, Gypsy has become a very special part of our family. My hope is that others would be able to make similar sacrifices to keep these wonderful animals alive." 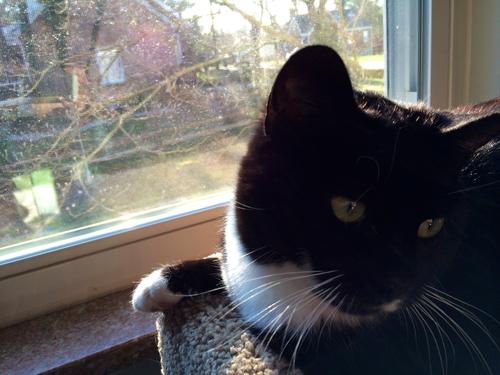