Catching Up with Lily...

In November of 2012, BHF received an application for funding diagnostic tests for an 8-year old Chihuahua, Lily. After diagnostic testing showed the Lily’s heart murmur was not as severe as originally feared, she was able to undergo surgery for severe dental disease. Since her surgery, Lily has never looked back. Here is what her amazing owner and best friend had to say. 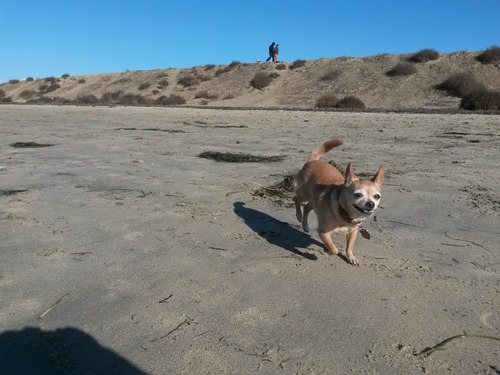 “The first pic was less than a month after her teeth surgery (10 teeth!). She had her first trip to the beach after a few weeks of recovery. In fact, we found a park near our house {when} trying to find alternatives that were less crowded. Lily appreciated her alone time from other big dogs, but now when they come around she definitely puts them in check. I think her new look makes her appear more fierce than when she actually had teeth.

Our neighbor introduced us to an Island near the Bay where dogs get together and venture from bush, to dirt, to mud, to ocean. Lil’ has a keen sense at finding anything stinky to roll around on. She makes an effort to ensure she gets a bath when she gets home (though hasn’t put two and two together, I think). 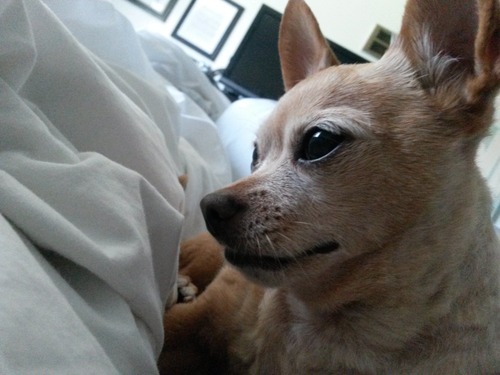 But the reality is our Boo has been growing a lot more gray than tan hairs and can’t take long walks without walking on three legs (vet said she has minor knee problems, but not an issue or causing her pain, just getting older). Even though she enjoys her time in nature, she is an undercover animal. Bed time seems to be her favorite time as she now brings toys up the homemade bed-stairs, plays tug-a-war to the best of her ability, and then persists to crawl under the sheets. 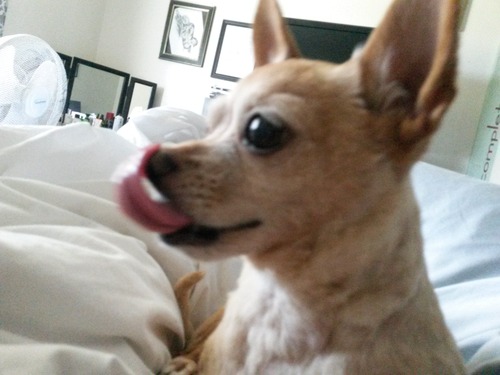 We were always concerned about her health because of the comments we received about her heart murmur and never thought she would have been able to have the treatment she needed to live like a normal doggie. We were so fortunate to have the results of the test conducted and acted just in time to ensure she had a greater quality of life. After all, eating is what she’s best at (our friends call her “The Vacuum”). Thank You Big Hearts and all those who contributed at a time of need! We were in a really tough situation and without your help we would have relied on opinion and never been able to give her the medical attention she needed." 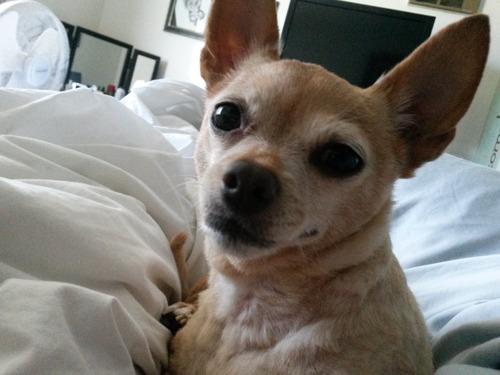