Diamond is this beautiful 6-year-old Pitbull girl, shown here with her mom, Laurice. Diamond lives in a state of congestive heart failure (CHF). 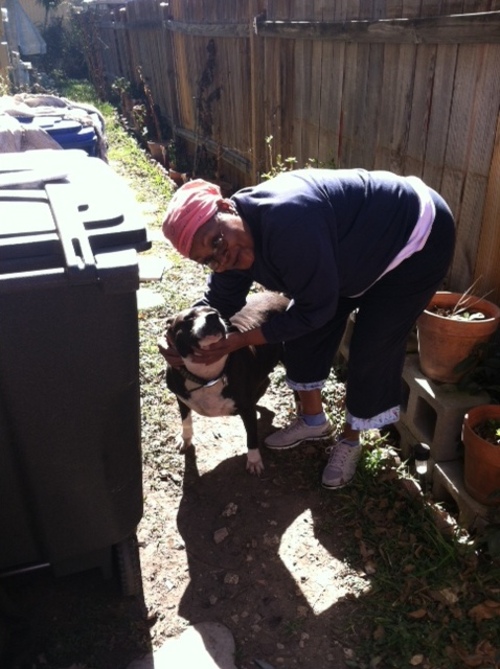 Diamond was originally adopted by Laurice’s nephew, a boy she describes as “my son, my grandson, my best friend, the JOY of my life.” Laurice took her nephew into her home when he was a young boy. So when he grew up into a young man and adopted Diamond, Laurice immediately loved Diamond and welcomed her into her home, too.

“She was a pitiful sight the first time I saw her,” explained Laurice, “but apparently we did all the right things because she just sprang to life… to my understanding, she was the only one to survive of her litter.” 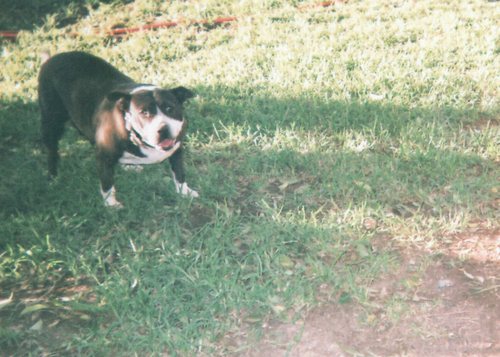 About a year after adopting Diamond, Laurice’s nephew joined the military. “The one thing I PROMISED him was that I would take care of his dog,” said Laurice. Meanwhile, Diamond developed a cough that just didn’t go away. When she took Diamond to the vet, the doctor told Laurice that Diamond probably had heartworms and that she should “consider her demise.”

“I called my nephew, and he wanted to come home. He begged me not to put her down, ” said Laurice, “but I never even considered that!” When Diamond began eating less and showing signs of exhaustion after just small amounts of activity, Laurice decided to take her to a different vet for a second opinion. It was there that they discovered that Diamond had actually entered a state of congestive heart failure from a congenital heart condition they never even knew she had. They started her on some medication, which helped Diamond feel better and less exhausted.

Things were going well until, the day before Mother’s Day on May 12, 2012, Laurice’s nephew was killed in a car crash in Phoenix, Arizona. 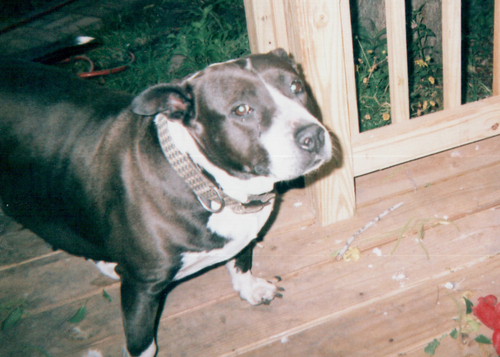 “Diamond is a part of my nephew; a part of my life (this is so hard for me),” she wrote. “When things were hard for me and my nephew, we had Diamond. She refused to let you be sad. She wanted someone to play with her, so she would jump up and around or stare at you until we would smile and do what she wanted. I placed Diamond’s name on my boy’s obituary as his beloved pet.”

Diamond is Laurice’s family, and she needs medication and cardiac rechecks to remain comfortable and alive. Laurice is an older adult, disabled, and unable to work. She lives off of an extremely limited income. The Big Hearts Fund has given Diamond a grant that will cover a few months worth of medication in order to keep her stable, but Diamond needs some angel sponsors to help with the continuing cost of monthly medication.

Please search your heart – are you able to make a small recurring monthly pledge to BHF in order to help Laurice keep Diamond comfortable for the time she has left? They (and we!) would be forever grateful.

Click here to help Diamond by making a tax-deductible donation to The Big Hearts Fund!